The Queen of Disguise

Known as the ‘Queen of Disguise’, Annette Kerner was a leading detective in the 1940s. Born into a wealthy family, Annette trained as a mezzo-soprano with Ivor Novello’s mother, Clara, before opening the Mayfair Detective Agency in the 1920s.

Annette’s parents opposed her singing career so, aged seventeen, Annette secretly negotiated a singing contract with a nightclub in Geneva. While crossing the Channel to France, she flirted with a fellow passenger who told her that he was an intelligence officer keeping an eye on a suspected foreign agent. The passenger went on to explain that the agent’s briefcase contained vital evidence of his guilt. Eager to impress her new friend, Annette calmly stole the briefcase and presented it to him. The agent responded by contacting his London headquarters; he urged his bosses to employ Annette as a freelance, and they agreed. 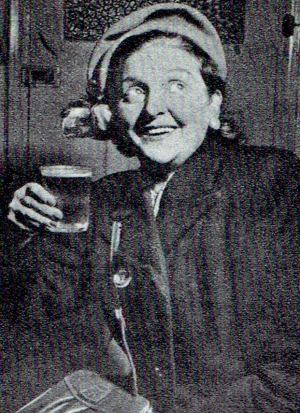 Drawn into the world of spying, Annette left the Geneva nightclub and sang instead at a Zürich club, a popular haunt of intelligence agents. She mingled with those agents with ease and when the time arrived for her to return to London she decided that a routine career was not for her and so opened her detective agency.

Although small in stature, Annette was a fearsome opponent and from her Baker Street office she mixed with criminals from all classes. During one investigation in the 1920s, Annette posed as an opium addict. She entered an opium den and to allay suspicion she sampled the drug. She was also held captive during the same investigation and had her wrists slashed, though ultimately she did assist the police in arresting the culprit.

In 1948, Leader magazine described Annette as ‘the woman of a hundred faces – at one moment she is a neat, matronly children’s nurse pushing a pram, only to confront a gentleman blackmailer, then she is an untidy waitress in a dingy backstreet restaurant mixing with fences.’ During her eventful career Annette took on the role of a cheerful char lady, a society vamp and a modest widow proving that female detectives can be as tough as their male colleagues, and just as resourceful.

Serpico was based on Peter Maas’ biography of New York Police Department officer Frank Serpico, who went undercover to expose corruption in the police force. Directed by Sidney Lumet and starring Al Pacino, the film was released in 1973 and was a great commercial and critical success. Furthermore, Al Pacino won his first Golden Globe award for Best Actor in 1974 for his portrayal of Frank Serpico. Indeed, critics proclaim that the role of Frank Serpico is one of the highlights of Al Pacino’s career.

The film covers twelve years in the life of Frank Serpico, from 1960 to 1972. During his career, Serpico uncovered mass corruption in the N.Y.P.D. and he exposed this corruption to the authorities. However, far from being grateful and supportive they turned their backs on Serpico, exposing him to harassment and persecution. This harassment and persecution culminated in a shooting, when Serpico was wounded in the face during a drug raid on the 3rd February 1971.

The story was filmed on the streets of New York City and the real-life Frank Serpico looked on during the filming. However, Sidney Lumet considered that Serpico’s presence on the set would distract and inhibit the actors, especially Al Pacino, and so he was asked to leave.

In real-life, Frank Serpico grew his beard and hair, totally altering his appearance from clean-cut police officer to shaggy-haired hippy hero. In the film, this change of appearance was depicted by filming the scenes in reverse order, gradually trimming a hirsute Al Pacino as the scenes moved back in time.

Frank Serpico testified before the Knapp Commission, a government inquiry into N.Y.P.D. corruption. The inquiry sat between 1970 and 1972. On resigning from the police force Serpico was awarded the Medal of Honor and a disability pension. With his police career over, but his integrity intact, he moved to Wales and then Switzerland. 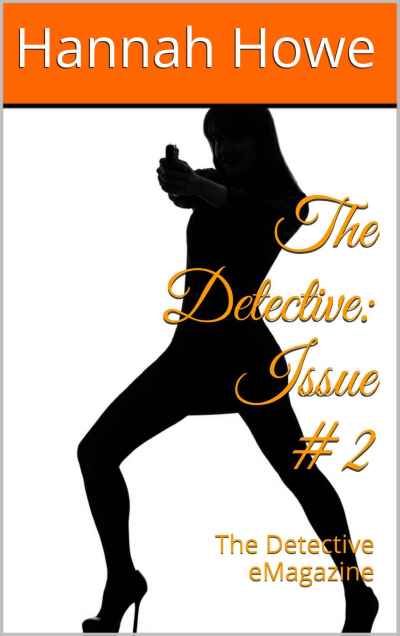 I am researching Jack the Ripper for a future Sam Smith story and for a novel set in 1888. Personally, I don’t think any of the ‘usual suspects’, George Chapman, Francis Tumblety, Aaron Kosminski, etc was Jack the Ripper and I doubt that his true identity will be found. Nevertheless, the man holds a gruesome fascination and, of course, the subject matter is ripe for a detective novelist.

From the Illustrated London News, 1888, Aaron Kosminski – was this man Jack the Ripper?