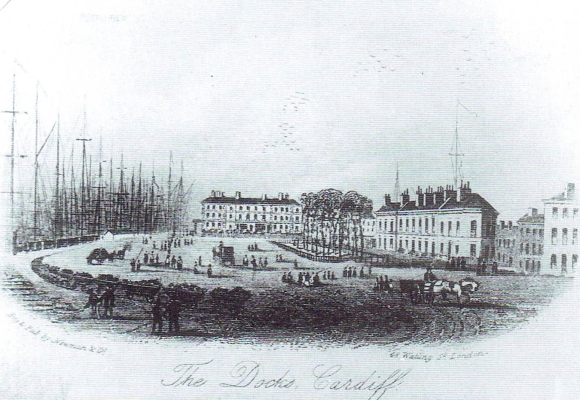 Daniel Morgan, a lawyer and Grace’s advocate in Saving Grace, works from an office in Butetown, Cardiff, pictured in the background. This is a lithograph of the West Dock and Dock Chambers, c1890.

It’s wonderful when your imagination and research overlap. In my mind’s eye I saw Daniel Morgan, Grace’s advocate in Saving Grace, as Byronic in appearance. During my research I read that the real-life advocate Daniel is based on was also described as ‘Byronic in his handsomeness’. I think only a romantic would choose to speak up for Grace. In contrast, his rival advocate (in real-life and my book) had a weak chin, an unkempt moustache and he wore a monocle.