Where do you get your ideas from?The characters. A Sam Smith mystery starts with Sam and where she’s at in her life, and with the person who walks through her office door to hire her. Once those two elements have been established, the story unfolds from there.How would you describe a Sam Smith novel?The stories are a blend of detective mystery, psychology and romance. Detective mysteries are my favourite reading; before becoming a writer I was a counsellor and I put that experience to good use; and I’m a romantic, hence the romantic element.Your books are published by Goylake Publishing, a small independent publisher; why is that? Were they rejected by the larger publishers?The Sam Smith books were not offered to a large publishing house for a variety of reasons. I do not write for riches or fame, I write for the love of the story. In the past I have submitted manuscripts to large publishing houses and while they liked the stories I found there was too much creative interference; it was like writing by committee with everything from the cover, to the title to the content of the story decided on by other people. In the end, I failed to recognise the manuscript as my own and withdrew it from publication. I did not want that to happen with the Sam Smith mysteries, so I approached Goylake. Goylake allow me to have creative control and that is more important to me than a higher royalty rate or the prospect of ‘fame’.Through your website and book club you have established a loyal readership; that must thrill you?It does. It thrills me because these readers like Sam and want to travel with her on her life’s journey. As an author, you can’t ask for more.

What next for Sam?That depends on her. You know a story is working when the characters dictate what should happen next, not you, the author. Sam’s character determines what will happen next. In some respects, I feel as though she is sitting next to me, dictating; I just type up her words. It is an amazing feeling, the best I’ve had as a writer. 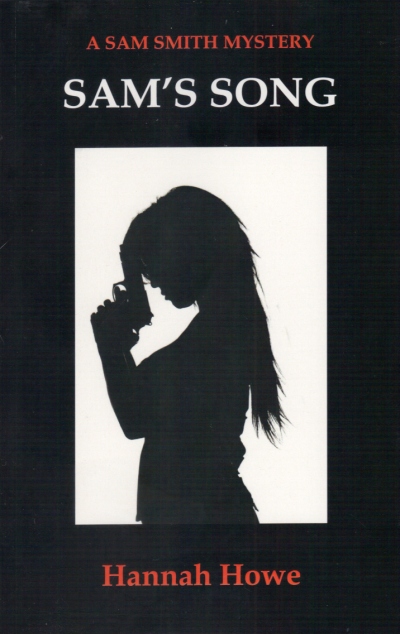 The first Sam Smith Omnibus, featuring the novels Sam’s Song, Love and Bullets and The Big Chill will be published on Kindle on 6.6.2015 at the special reduced price of $4.49, £2.99. Please click this link for details http://www.amazon.com/-/e/B00OK7E24E The Omnibus is available for pre-order now and the price will increase nearer the publication date.

A taster of what’s to come in Sam’s world…this is the third book in the series, after Sam’s Song and Love and Bullets. The Big Chill is available for pre-order now on Kindle at the special price of £0.99 and $0.99. The price will revert to £1.99 and $2.99 on publication. The print version of the book will be available in July. http://www.amazon.com/-/e/B00OK7E24E

Sam was born on the 1 April 1983. She has no memory of her father or any idea who he might be. Her mother’s husband was killed in the Falklands war and the dates of conception and birth make it highly unlikely that he was Sam’s father, despite her mother’s insistence that he was. At other times, Sam’s mother would claim that Sam’s father was an American soldier based in Britain. Despite exhaustive investigations, Sam can find no evidence for this claim.

Sam’s earliest memory of her mother is of a woman slouched in a chair with an empty gin bottle in her hand. Sam’s mother was an alcoholic and from the time she could walk Sam became her carer and the ‘woman of the house’. Caring for her mother disrupted Sam’s education and she dropped out of Secondary school. Instead of a formal education, Sam would spend all her free time at the local library and educate herself through books.

Sam was in her early twenties when her mother died. At that point she went to night school and trained as a secretary-typist. She joined an agency and obtained steady employment. Then she met a journalist, Dan Hackett. Handsome and charismatic, Dan charmed Sam into a swift marriage and a week into that marriage she discovered that he too was an alcoholic and violent. Despite many black eyes, a broken jaw and a fractured skull, Sam stayed in the marriage for four years. The turning point arrived when Sam suspected Dan of having an affair. She went to a private detective who was too busy to help, but he guided Sam through the basics and she completed the case herself. Impressed with her level of skill and determination, the private detective hired Sam as a secretary-assistant. Unfortunately for Sam, he also fell in love with her, and with his wife and three children in the background, Sam thought it was best to leave.

And so she started again. Free from Dan, she returned to secretarial work and built up her savings. Missing the buzz of detective work, she put her savings into her own enquiry agency. After five years of struggle, Sam’s agency is just about making a profit.

Independent, still coming to terms with her past, but determined to look forward to a brighter future, Sam’s story continues, with Sam’s Song and Love and Bullets…

To tie in with the release of my novel Love and Bullets from 8 a.m.today, 15th February, a short story collection is being offered free for Kindle. The stories include Over the Edge, A Bad Break and Of Cats and Men A Cautionary Tale of Internet Dating. If you are able please take advantage of this free offer…http://www.amazon.com/-/e/B00OK7E24E