My personal top ten this week with Ann’s War proving popular. This mini series has greatly exceeded my expectations. 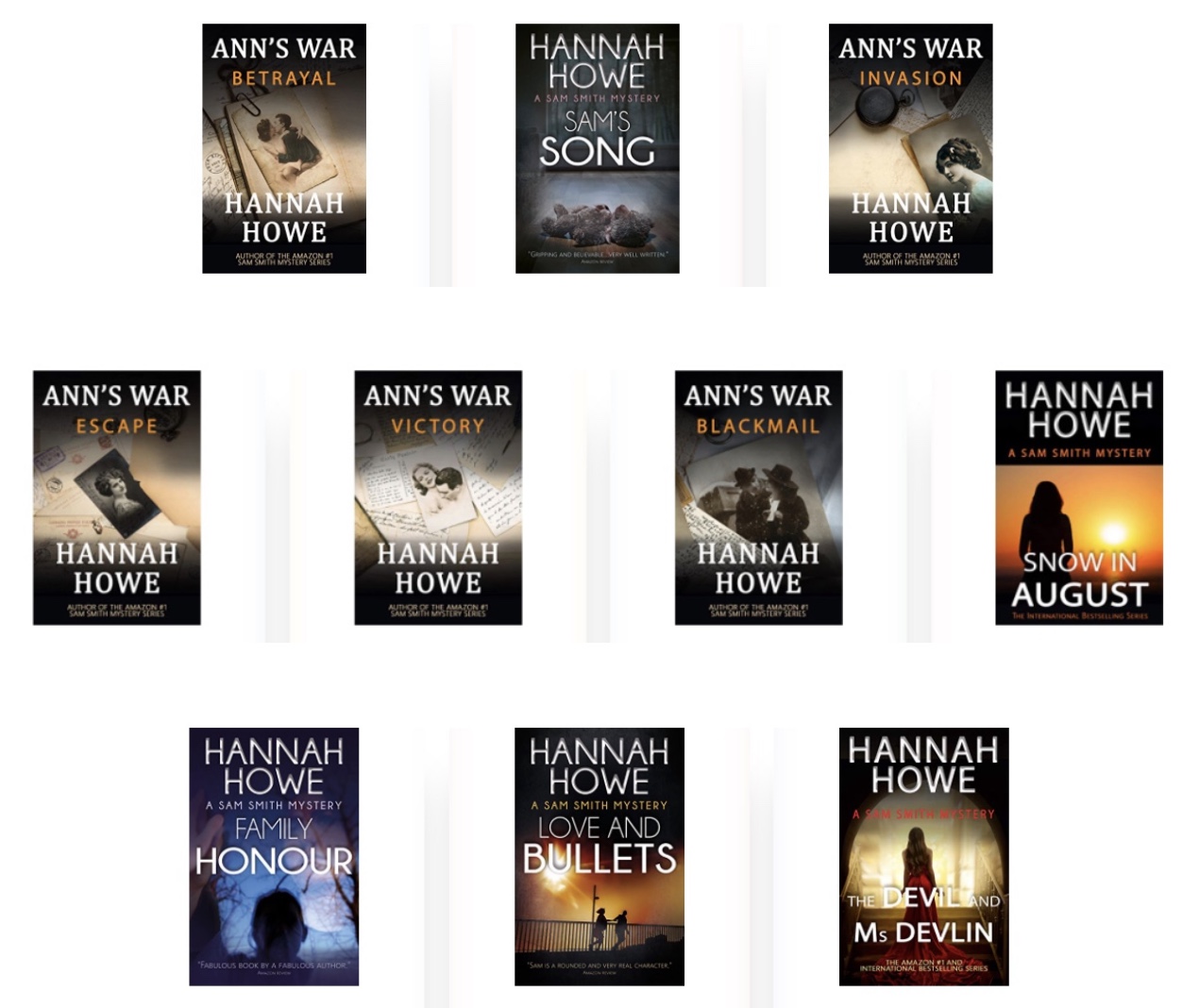 April 1st was Sam’s birthday. I write the stories in ‘real time’ so Sam has a real age, thirty-seven, although believe me she still looks twenty-seven and in terms of attitude to life she’ll always be seventeen 😉

I‘ve been writing about Sam for six years and have enjoyed every minute. Sam is a writer’s dream, always full of stories.

At the moment, I’m storyboarding Looking for Rosanna Mee, book seventeen in the series, and have many more stories planned.

Published today, Mom’s Favorite Reads eMagazine April 2020. As ever, there are some great articles and features included this month. Read or download your copy FREE 🙂

My latest article for the Seaside News

To date, Imprint Digital have printed all my books. I’m delighted with the quality of their printing and it’s great to see that even in difficult times they are proceeding with the expansion of their printing plant, pictured here.

My Imprint Digital paperbacks are available from my website at special reduced prices for visitors to my website store.

This lyric by Al Stewart could serve as a soundtrack to one of the chapters in my Spanish Civil War Saga, The Olive Tree: Roots.

While traveling northwards on a back country lane

I came on the village where first I grew

And stopped to climb up the hill once again

Looking down from the tracks to the gray slate roofs

I watched the village moving as the day went slowly by

In the fields we lay here, my very first love and I

The old canal lies sleeping under the sky

The barges are gone to a lost decade

Long before ever the roads were made

As the days washed by like waves of an endless sea

Time runs through your fingers

You never hold it at all till it’s gone

Some fragments just linger with you

I left the village behind in the night

To fade like a sail on the darkening seas

The shifts and changes in the patterns of life

Will weather it more than the centuries

And in another village, in a far off foreign land

The new day breaks out opening up its hand

And the sun has the moon in his eyes

As he wanders the timeless skies

As part of their psychological assessment, the would-be agents at the SOE training school were shown Rorschach‘s inkblots, including card nine, the card featured here. Most of the students interpreted this image as dragons, which coincidentally is my interpretation. 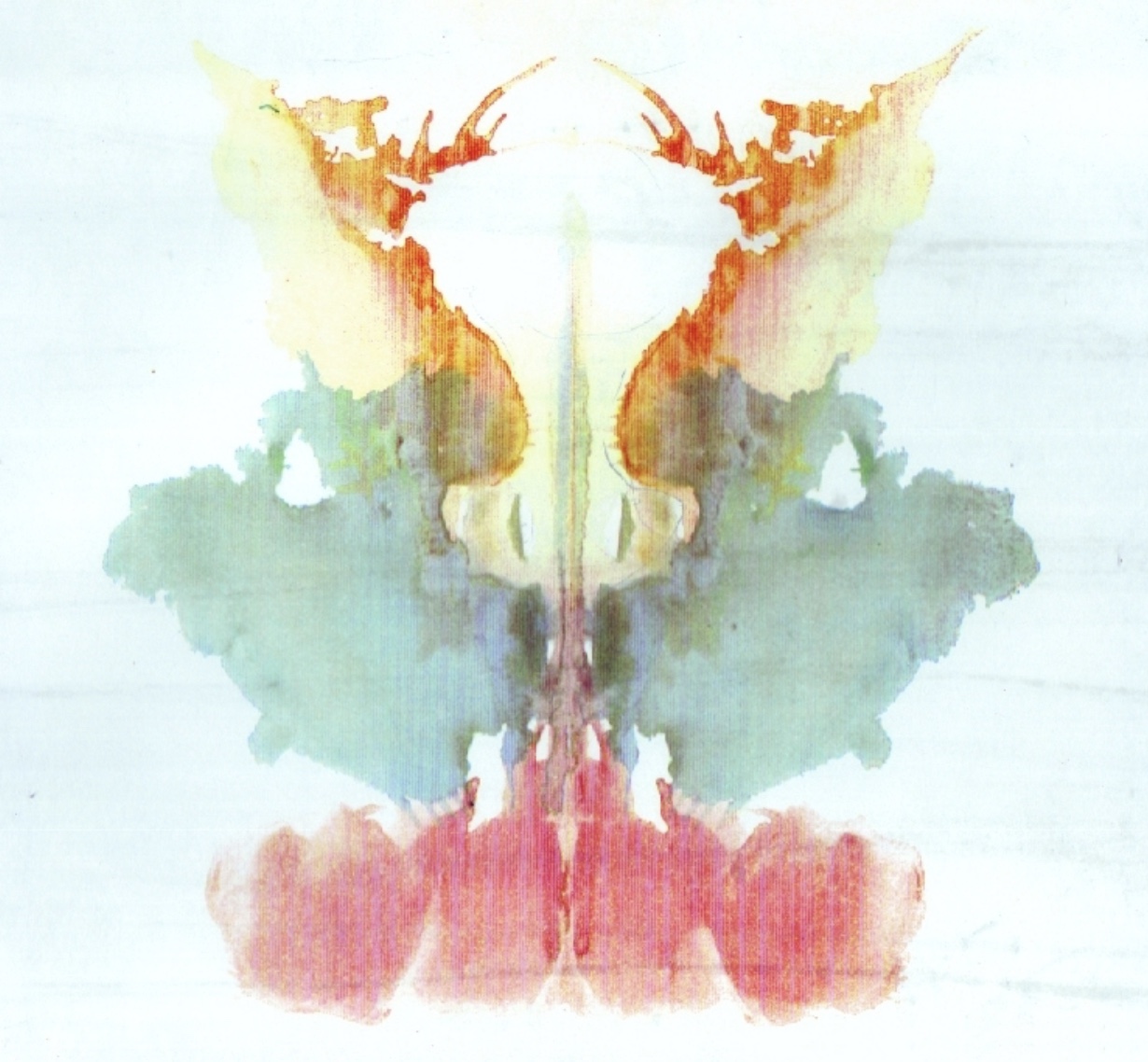 Harry Rée is one of the inspirations for Guy Samson, my character in Eve’s War Heroines of SOE, therefore I was delighted to see that Harry’s son, Jonathan, has edited his father’s memoirs and published them recently.

This is exciting, for today at least Operation Locksmith is #1 in France, outselling James Patterson 🙂 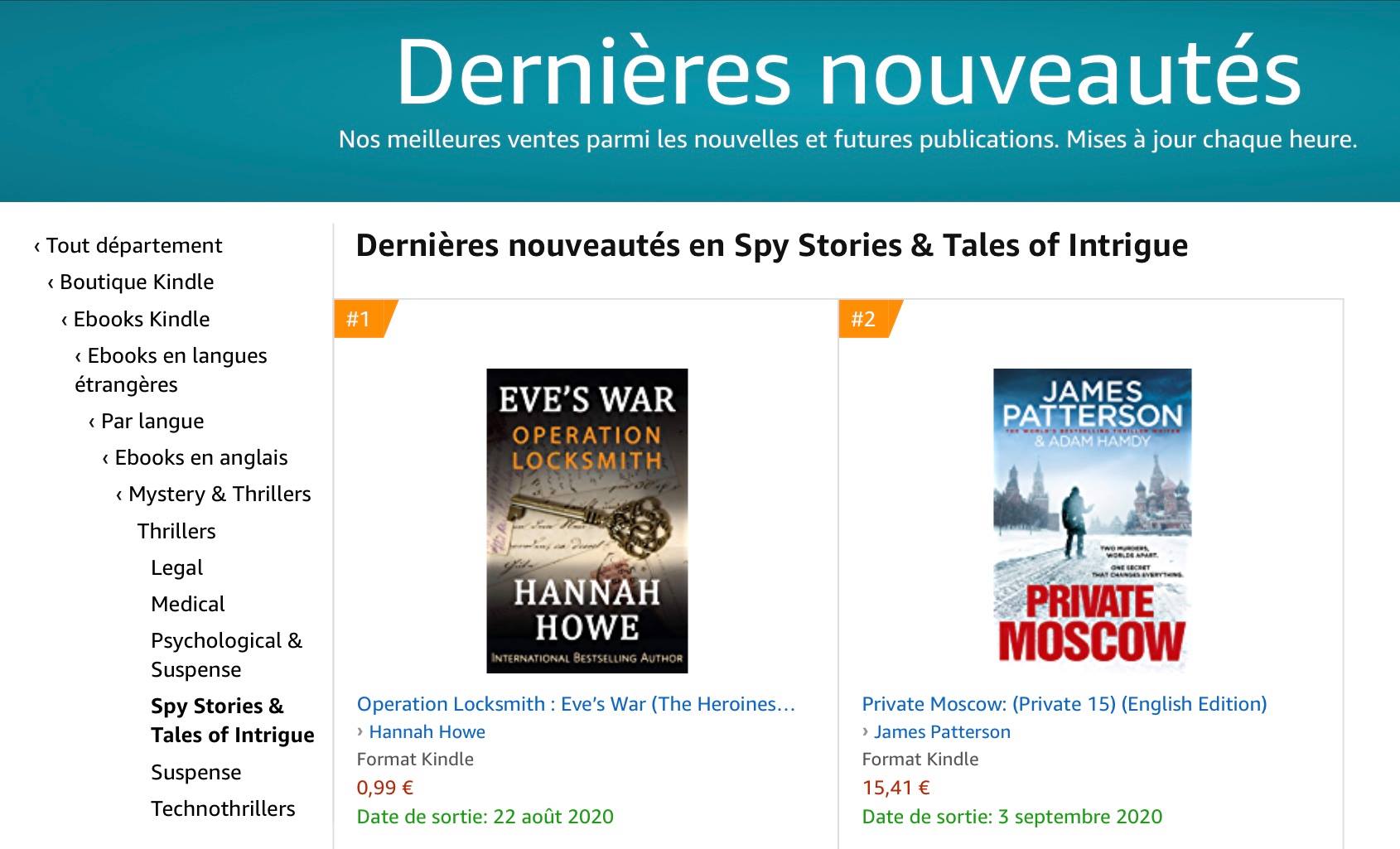 “I understand that you wish to return to France,” the man behind the mahogany desk said.

“Your motivation?” he asked, smoothing the corners of his moustache.

“To do my bit for the war effort,” I said, “to defeat the Nazis and to discover what’s happened to my husband.”

“It would be extremely risky,” the officious-looking man said, “suicidal even, for a lone woman to undertake such a venture. However, there is an alternative.”

“Yes. We’ll parachute you in, as one of our people. Of course, you’d have to undertake training first. Rigorous training. Top secret training. If you fail, I’m afraid it will mean a spell in the cooler, possibly until the war is over.”

“But I trust it won’t come to that,” he said, ignoring my question. “When can you start?”

I began immediately. And during my training I met two people who would radically reshape my life – Guy Samson and Mimi Duchamp. I also discovered secrets about myself, abilities beyond my imagination. However, as the training heated up so the situations became all too real, until they reached a point where I had to kill, or be killed. 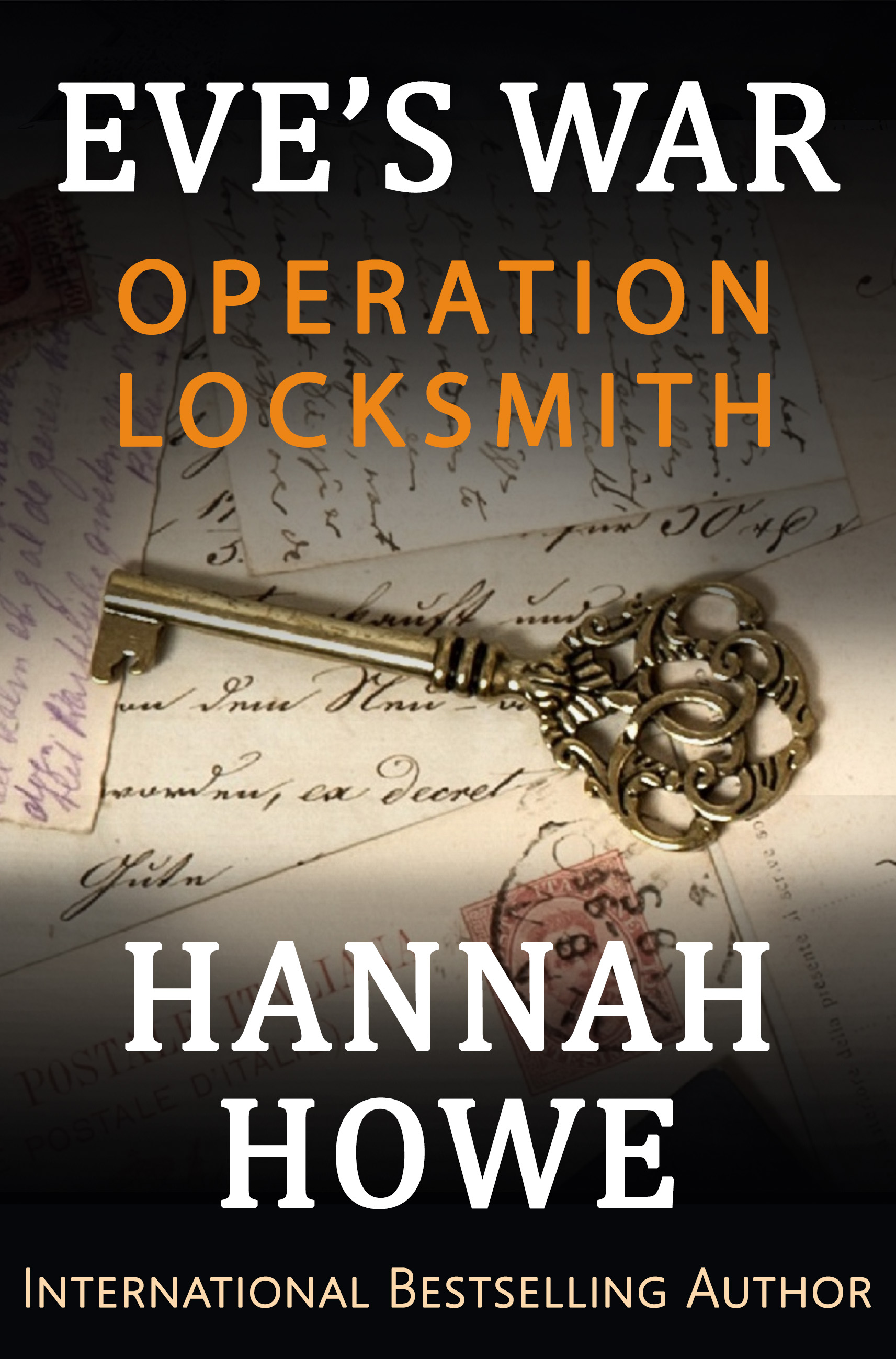 Harry Alfred Rée was born on 15 October 1914. An educationalist, he was regarded by historian M.R.D. Foot as one of the best male SOE agents.

The son of Dr. Alfred Rée, a chemist who was from a Danish Jewish family, and Lavinia Elisabeth Dimmick, Harry Rée was a conscientious objector, ordered to work for the National Fire Service. However, in 1941 he re-registered for military service and was called up into the army. Later, he volunteered for the SOE.

In April 1943, as a Captain, and with the code name César, Harry parachuted into France to join the Acrobat Network. He argued against the RAF bombing targets in France because it turned public opinion against the Allies. Instead, he suggested that SOE agents should organise effective sabotage of factories on the ground.

Harry convinced the director of a Peugeot factory at Sochaux to cooperate with the SOE. The director, a member of the Resistance, not only assisted in the sabotage, but also shared tactical information on Wehrmacht projects, including the V1 rocket. Due to this action, the RAF did not bomb the factory, saving many lives.

The Nazis tried to capture Harry. Indeed, he escaped a Feldgendarmerie group after being shot four times, swam across a river and crawled through a forest to reach Switzerland. In May 1944 he returned to Britain.

Shortly after the war, Harry starred alongside fellow agent Jacqueline Nearne in the film Now it Can be Told (aka School for Danger), produced by the RAF Film Unit, which told the story of SOE’s activities in France.

In 1940, Harry married Hetty Vine. They had three children, the first of whom was born while Harry was in France.

P.S. Apologies if the Issuu links do not load and for any formatting errors. This is entirely the fault of WordPress who, once again, have undated their platform at the expense of their customers. WordPress’ ‘improvements’ continue to make blogging and website management more difficult. When I joined them they were excellent, but now they provide a second-rate service.