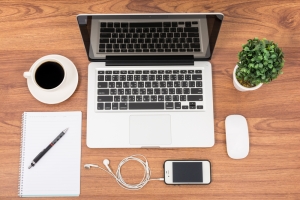 I went house hunting today and, third time lucky, I think I found somewhere suitable to live. It’s a second storey flat in an old Victorian tenement, a building that has been converted into flats. My rooms overlook the gas works, so not glamour central, but at least it’s a start. I will meet the landlord again next week with a view to signing the agreement and moving in.

Meanwhile, I think Dan’s affair with Tina has hit the buffers. He’s drinking heavily again and he’s become very moody. I don’t think he suspects that I’m on the point of leaving him or that I’ve instigated divorce proceedings. The divorce papers are due to be served soon and I’m dreading his reaction. I want to be out of our house before the papers are served because I’m frightened that he might lose his head and try to kill me. I’ve been looking into the prospect of taking self-defence lessons. There’s not much of me, five foot five and no heavier than a bag of potatoes, soaking wet, but if I can learn the techniques maybe I can defend myself. I still get migraines from when Dan fractured my skull, so whatever happens, I can’t afford to let him hit me again.

No joy with the secretarial agency, I’m still stuck with the mocking crowd. Why they are so bitchy towards me, I don’t know. Maybe they think I’m a soft target. Cassie, the only person at the office I would call a friend, reckons a lot of them are jealous of my looks. Despite all the batterings, I suppose my face is quite pretty, though I’ve never considered myself to be attractive. I must learn to look in the mirror and appreciate what I see, and not shy away as I do now.