Welcome to Sam’s Sunday Supplement #16, a weekly digest of news from Sam’s World.

Also this week, Janet Evanovich has been promoting her new book on my Sam Song Amazon page, which I think is a great compliment, and I’m pleased to say that this week the Sam Smith Mystery Series registered its first sales in Brazil. 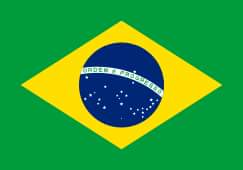 Sam has been on Margam Mountain in Digging in the Dirt. Here is a view from the mountain, of Margam Castle and its country park.

I have been researching the Victorian era for many years and in the near future I hope to write a mystery series set in 1888. This series will run alongside the Sam Smith Mystery Series and Ann’s War. I have set up a Facebook page to feature my research. If you are interested, here is the link: Facebook

And to close, a thought for the week