My books are no longer available as eBooks from Amazon. This is because Amazon claim that the margins are a fraction too big, even though the books met their specifications when initially submitted. Amazon like narrow margins because it means more words per page and subsequently less money for the author when books are read through KDP Select. Barnes and Noble, Kobo, Gardners, Smashwords and iBooks have no problem with my books and they are available through them. This is yet another example of Amazon’s unfriendly approach to authors as they attempt to squeeze every penny from them. I will not reformat my books for the sake of a couple of millimetres to suit Amazon on a matter of principle and because I have better things to do with my time. The eBooks are available from the outlets mentioned above and the print versions are available from all major retailers.

Mansel Jones, a fellow author, wrote the following in response to Amazon’s stance. I think his words are rather poetic and I place them here with his permission.

Amazon is like one of those infuriating answering machines…press one for this, press two for that, press twenty for the other. And by the time you get to twenty you discover that you have to go back to one again and a conversation that should have taken ten seconds has lasted fifteen minutes and you still haven’t said what you wanted to say. With books their computer says…you must have ten words a line (for example). Instead you have nine. But the computer insists that you must have ten. So it withdraws your book, overlooking the fact that those nine words are of quality and help to tell an enthralling story. The computer says you must have ten. The computer must be obeyed. Amazon must be obeyed. And then they send out a garbled automated message that contradicts itself every other line. Meanwhile, a chimpanzee is bashing away ten words a line on a keyboard, producing garbled English and a plot full of holes. But never mind, the story is full of distasteful people doing distasteful things to people who are vulnerable through disability, so that’s entertaining, isn’t it. And the chimpanzee has friends in the publishing industry who are incestuously cosy with Amazon so the book is bound to become a bestseller. And it contains the magic ingredient, ten words a line. What would George Orwell make of all this? What would any sensible person make of all this? Sensible people read books for the words, not for the margins, unless they have bought a modern bestseller by mistake and discover that the margins are the most entertaining part. Publish and be damned, they say. Publish nine words a line and be damned, I say. And be proud that those nine words a line say more than any bestseller could ever say. 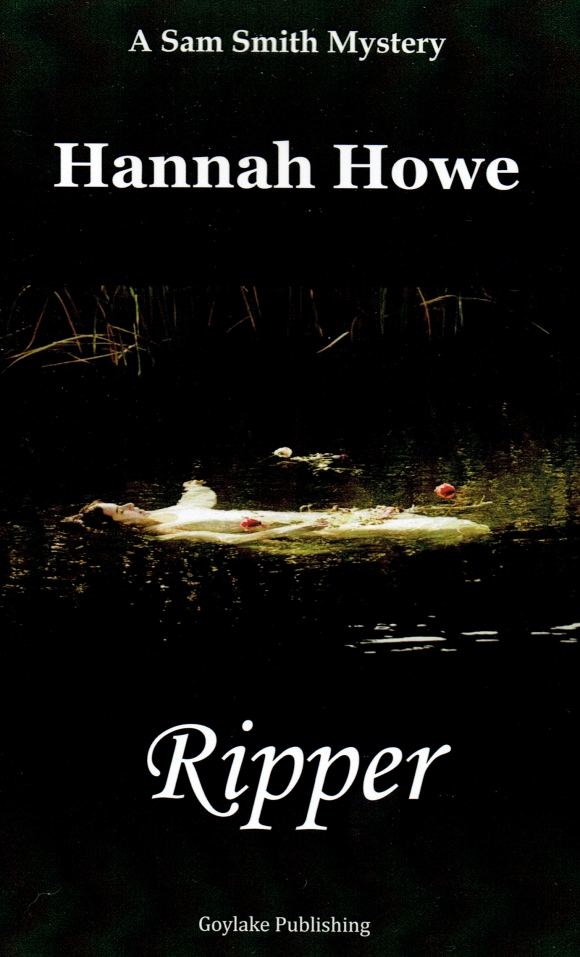 Meanwhile, I have received this wonderful five-star review for Ripper.

Highly recommended to fans of the mystery/crime thriller genre and especially the sub genre of Private Investigators.

This is Sam Smith’s 4th case of the series and my firm favourite (to date!). With all the main characters introduced in previous books this book jumps straight into the action as Sam tackles the case of Cardiff Jack. In solving the case she uncovers some truths that will have a deep and lasting impact on her future.

The book maintains the high standard of the previous books. I have mentioned the strengths of this series in previous reviews so I’ll just give a quick re-cap. The central character is an intriguing, complex and very likeable character. The setting of Cardiff is very well described and comes to life as a distinctive character in its own right. The deceptively simple writing style has a natural flow and is a pleasure to read.

The author has achieved something rather special in this series and completely avoids an increasingly popular technique of cliff hangers which I personally hate. Each book relates to a central case that Sam Smith is investigating. At the end of each book not only is the case solved but as each case impacts on Sam Smith’s life and/or perceptions in some way there is the additional resolution of side issues which gives a satisfying and rounded ending. At the same time each book reveals a new layer to the main characters and their relationships with one another which gives a sense of a different level of character development across the whole series.

Great read. Looking forward to the next one.

2 replies on “Thunder and Rainbows”

As Amazon gets weirder and weirder, it just makes me so glad I went with a publisher. I don’t have to deal with all these headaches. This is not not fair! I feel your frustration.

They threaten to remove books because the margins are millimetres too wide (according to them) ignoring the fact that wide margins suit some books and the millimetres they are arguing about make no difference to the reading experience. Also, they remove legitimate reviews without explanation and throw up a wall of silence when you ask for an explanation. They do it because no one will challenge them. But they should remember that all empires fall.