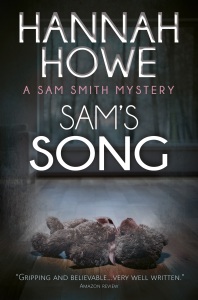 Love Hurts. For Derwena de Caro, songstress, female icon, teenage dream, success brought drugs, alcohol and a philandering boyfriend. It also brought wealth, fame and a stalker, or so she claimed. And that’s where I came in, to investigate the identity of the stalker, little realising that the trail would lead to murder and a scandal that would make the newspaper headlines for months on end.

Love Hurts. For me, Samantha Smith, Enquiry Agent, love arrived at the end of a fist. First, I had to contend with an alcoholic mother, who took her frustrations out on me throughout my childhood, then my husband, Dan, who regarded domestic violence as an integral part of marriage. But I survived. I obtained a divorce, kept my sense of humour and retained an air of optimism. I established my business and gained the respect of my peers. However, I was not prepared for Dan when he re-entered my life, or for the affection showered on me by Dr Alan Storey, a compassionate and rather handsome psychologist.

Sam’s Song. This is the story of a week that changed my life forever.

It had been a week since the incident at the abandoned quarry, a week since I’d shot and killed someone, a week since my ex-husband had been murdered. It had been an emotional week. But life goes on. I’d been hired to discover who was sending death threats to Dr Ruth Carey, a controversial psychiatrist. The trail led to two high-powered villains and soon the death threats were aimed at me, threats that increased following two murders.

Meanwhile, after years of domestic violence, I was trying to make sense of my private life. Dr Alan Storey, a prominent psychologist, claimed that he loved me, and I was strongly attracted to him. But the years of domestic abuse had scarred me emotionally and I was reluctant to commit to a relationship.

Love and Bullets is the story of a dramatic week in my life, a week of soul-searching, self-discovery and redemption.

Bright lights. A sharp, antiseptic smell. Pain. Nausea. Feel so weak. The cat, who’ll feed the cat? “Marlowe.”
“She’s babbling.”
“She’s lost a lot of blood.”
Blackness.
“Have we lost her?”
I don’t want to die!

Sweating. Drowning. I catch my breath, like breathing for the first time. Eyes blink awake. Gasping. Try to rise, but head hurts too much. Fall back on to the pillow. I ache all over, but I’m alive!

I was alive. But with a snowstorm gripping the city and with an unknown assassin closing in, I faced the most dangerous moment of my life and the very real prospect of feeling the big chill.

Someone was murdering prostitutes, placing their bodies in the Bay and covering them with roses. To the media, he was ‘Cardiff Jack’, to the rest of us he was a man to avoid and fear.

Meanwhile, I was searching for Faye Collister, a prostitute. Why was Faye, a beautiful woman from a privileged background, walking the streets? Why had she disappeared? And what was her connection to Cardiff Jack?

As questions tumbled into answers, I made a shocking discovery, a discovery that would resonate with me for the rest of my days.

Ripper – the story of a week in my life that reshaped the past, disturbed the present and brought the promise of an uncertain future.

Some people will stop at nothing in their pursuit of wealth and power. Indeed, the greedy will often resort to murder.

“You’ve been through a stressful time recently,” my fiance, Dr Alan Storey said. “I’m off to Bulgaria to attend a psychology conference so why don’t you accompany me and we’ll throw in a holiday as well.”

Great idea, I thought. However, when I arrived in Bulgaria my inquisitive nature compelled me towards a mystery dating back to the Second World War. That mystery involved Emil Angelov, the Hermit of Hisarya. As I delved into the past I stirred up some ghosts, which led to murder and the prospect of spending the rest of my days in a Bulgarian gaol.

The Hermit of Hisarya – a story of corruption, of murder, of a woman and her seventy-year-old dream, offering proof that the past, the present and the future are all intrinsically entwined. 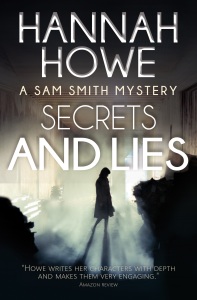 Suicide or Murder? Most of the people I encounter are hiding a secret and many of them are adept at telling lies. However, how do you learn the truth about someone who’s no longer with us?

Author, Barclay Quinton wrote Fabringjay, the story of a man leading a secret life during the Second World War, which was well received by the critics, but was ignored by readers; and Illicit Lust, a book he hated and wrote purely to satisfy his agent and publisher. Illicit Lust became a bestseller, a fact that annoyed Barclay. However, its success did open doors and he set about researching his next novel, the story of an ageing mobster. Barclay’s research brought him into contact with many unsavoury types, including villains, shady private eyes and managers of strip clubs. The official report into Barclay’s death stated that he committed suicide. However, a close friend insisted that Barclay was murdered and I was hired to investigate.

Meanwhile, closer to home, I discovered a secret, and the truth, about my long-term partner. Was he the man of my dreams or was our relationship about to end?

Secrets and Lies – a story of love, of deceit, of the many faces we all possess – the public face, the private face and the deeply personal.

When the biggest villain in the country makes you an offer you can’t refuse, what should you do? In my case, I decided to accept that offer, made by Mr Vincent Vanzetti. Vanzetti hired me to find his missing daughter, Vittoria, while threatening reprisals should I fail in my task. While searching for Vittoria, I had to deal with other members of the Vanzetti clan: Sherri, Vanzetti’s second wife, at twenty-two the same age as Vittoria. Sherri was an ‘actress’, a porn star with ambitions to appear on Reality TV; Catrin, Vanzetti’s granite-hard ex-wife, the power behind his criminal empire; and V.J. Parks, Vittoria’s boyfriend, a boxer, a young man in his prime, in training for a shot at the world title.

Meanwhile, closer to home, it was decision time for yours truly and my lover, Dr Alan Storey. Alan was keen on marriage while I was still coming to terms with my past and years of physical abuse. Could I find the courage to finally lay the ghosts of my past and pledge my future to Alan?

Family Honour, the story of a villain and his family, the story of a moral dilemma. Should I kill in the name of justice, or should I allow a villain to walk free? In answering that question I discovered a lot about myself and the person I longed to be.

Sins of the Father

For the first thirty-three years of my life I had no knowledge of my father, no idea what he looked like, his name, whether he was dead or alive. Then fate brought us together. Then, a year later, he decided to hire me.

Although we had talked for a year, my father was still Gawain Morgan to me, a stranger, not my dad. Would the task of locating Frankie Quinn bring us closer together, or drive us further apart?

Frankie Quinn was a con-man, a life-long villain, a member of my father’s old gang. That’s right, my father was a villain too, with dodgy contacts, a shady past and sins he preferred to forget. The police wanted Frankie and, if arrested, he faced the prospect of spending his final years in prison. However, he had a trump card, evidence of my father’s indiscretions. Frankie was looking to cut a deal with the police, my father was looking for Frankie. They knew that one of them would spend the winter of their days in prison; who would it be?

Meanwhile, the clock was ticking towards my wedding day. Would I enjoy the happiest day of my life, or be left crying into my champagne?

Sins of the Father, ten days that defined my relationship with my dad.

The man in my office held a dark secret, a secret to kill for. That man was Tony Ryland, husband of local madam, Maria de Costa. Unfortunately for me, truth and justice, Tony Ryland was dead.

What was Ryland doing in my office? Who had murdered him? What was the nature of his dark secret? The trail led to Ryland’s wife, Maria de Costa, to her network of prostitutes and clients. Questions led to evasive answers, and more deaths.

Someone was out to muddy the waters, to distort the truth, to bury the secret along with Tony Ryland. As I probed and prodded, I placed myself, family and friends in danger. Ultimately, Ryland’s murder left me with a question: what is of greater value, love or the truth?

Smoke and Mirrors, a tale of treachery, of duplicity and cover-ups, the story of a scandal that simmers within our society. 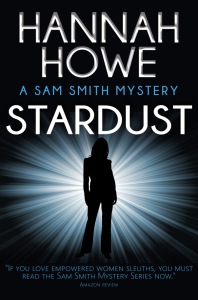 Hired by multimillionaire Jeremy Loudon, my task was simple – find his missing briefcase. Loudon claimed that his briefcase held ten thousand pounds, his winnings from a poker game. However, as the trail unravelled and led to Europe my suspicions deepened. What was in Loudon’s briefcase, beyond the money? Why was he being so evasive? Why did he insist on no police involvement?

My search for the missing briefcase took me to pimps, pornographers, radical feminists, gun runners and the Red Light District of Amsterdam.

Meanwhile, my investigation held a mirror to my own life. Loudon had everything – more money than he could spend, a successful business and a beautiful lover. My business was doing well and my marriage offered plenty of love and happiness. Yet, encounters with my Dutch colleagues raised the question – should I ask for more out of life?

Stardust, the story of one woman’s dream and my hopes for the future.