Skip to the content
In 1861 Allan Pinkerton of the Pinkerton Detective Agency placed his entire squad of hand-picked detectives at the disposal of Abraham Lincoln and the Pinkerton agents became the North’s military intelligence arm during the American Civil War. These agents included Kate Warne, the first female private detective, recruited by Pinkerton in 1856.

A slim, brown-haired widow, Kate walked into Pinkerton’s office and asked for a job. Pinkerton noted that Kate was “graceful in her movements and self-possessed. Her features, although not what could be called handsome, were decidedly of an intellectual cast and her face was honest, which would cause one in distress instinctly to select her as a confidant.” 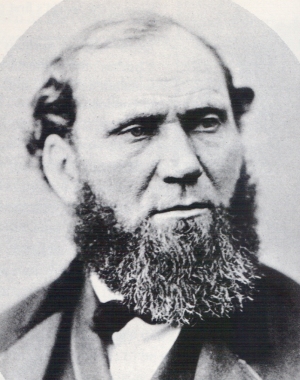 Allan Pinkerton, founder of the Pinkerton Detective Agency
Pinkerton asked Kate why she thought she qualified for the job. Kate replied that she could “worm out secrets in many places to which it was impossible for male detectives to gain access.” Pinkerton spent a restless night mulling over the idea of recruiting Kate and he concluded, “the more I thought about it, the more I liked it.”

Kate Warne stayed with the Pinkerton Agency for many years, rising through the ranks to become a branch superintendent. With other agents she was given the task of tracking Southern sympathisers in Washington and with setting up a secret service for the army.

In 1861 Kate played a vital role in heading off a plot to assassinate Lincoln in Baltimore. She booked two private sleeping cars on a train out of town for ‘a sick friend and party’ then she smuggled the president-elect out of danger and travelled with him as personal protector.

Pinkerton had a high regard for Kate and he left instructions in his will that her grave in Chicago’s Graceland Cemetery should always be maintained to perpetuate the memory of the first female private detective.