A riddle wrapped in a mystery inside an enigma. Sasha Pryce, a teenage chess prodigy, presented me with a problem. She wanted me to track down Steve Chapin, her coaching assistant. Steve had mysteriously disappeared, leaving no clue as to his whereabouts. However, Sasha insisted that I should follow her strict instructions – her father, eminent pharmacologist Professor Christian Pryce, must not learn of my investigation.

Meanwhile, Professor Pryce had hired a handsome bodyguard, Blake, to protect Sasha. For what reason? She had no idea. And to complicate matters further, Blake decided to cast a lascivious eye over my romance-shy friend and assistant, Faye Collister.

Mind Games, a riddle wrapped in a mystery inside an enigma, an exploration of the many aspects of love.

Digging in the Dirt

Someone had posted a dead rat through Jana Jakubowska’s letterbox, and scrawled obscene graffiti on her garden wall. Harmless pranks, or something more sinister? Her boyfriend, Tom Renwick, hired me to find out.

As the case unfolded, the trail led to murder, and a situation that placed Krystyna in danger. The Rat Man had revealed his ruthless streak, but surely he wouldn’t harm a child?

Meanwhile, my friend and colleague, Faye Collister, was trying to reconcile her troubled past with her feelings for Blake the Bodyguard, a handsome hunk.

Digging in the Dirt, a story of passionate love, and extreme hate. 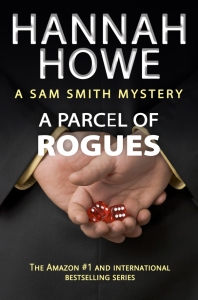 A Parcel of Rogues

John Ball was a middle-aged businessman with problems, and those problems compelled him to run away from Nicola, his devoted wife of twenty years. The last thing John needed was to become embroiled in a murder inquiry, but with a gunman on the loose in the city parks, John’s temporary home, the heat was on in more ways than one.

John required a safe house, a place where he could cool his heels and wrestle with his personal demons. He also required a bodyguard. Fortunately, my friend Mac was available to supply the safe house and the hired muscle.

Meanwhile, I went on the murderer’s trail. Along the way, I encountered Cora Joseph, an ambitious detective sergeant with a point to prove. Together, we clashed with a parcel of rogues and unravelled a decades-old mystery.

A Parcel of Rogues, a tale of arrogance on the one hand and humility on the other, a tale of men who would murder on the roll of a dice, a tale that placed me at a personal crossroads. Which road should I choose? The road labelled ‘head’ or the road labelled ‘heart’? When faced with such labels, do we really have a choice? 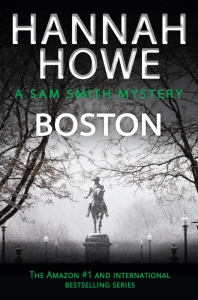 “Morgan Brooks is a fine man,” Alan said, “a great psychologist and my mentor. He’s invited us to spend Christmas with him and his family. Should we accept?” Of course, I said, “Yes.”

And so, I met Morgan Brooks in snowy Boston, on my first trip to America. I also met Amelia, his celebrity chef wife and Madison, his somewhat reticent daughter. Furthermore, I encountered Dexter Trask, a businessman, a megalomaniac, the self-styled ‘King of Boston’.

The holiday started well. Then the first body appeared, a young man murdered in the woods. That murder led to a kidnapping and further murders. The clues pointed in one direction. However, did the truth lie in that direction? With the aid of Gabe, Morgan’s friend and neighbour, and a fellow private detective, I wandered through the snow-kissed maze.

And the solution? That surprised everyone.

Boston, ten days in a winter wonderland, ten days that confirmed that people are multi-faceted, multi-layered, and that everyone has at least one skeleton ready to fall out of their closet.

The Devil and Ms Devlin

In her heyday, the critics regarded Dana Devlin as the most beautiful actress in movies. They also regarded her as shallow, lacking emotion. That was strange because Dana Devlin’s life had been a rollercoaster of emotions, with divorces and nervous breakdowns to the fore. And now she was making a comeback, in a gothic romance, Demon Seed.

Everyone’s a critic, it seems, because someone didn’t like the sound of Demon Seed, and they voiced their disapproval through a series of death threats. However, the death threats were covered in hearts, flowers and angels. What was going on?

Demetrios Angelopoulos, Dana’s lover, and the producer of Demon Seed, asked me to investigate the death threats. Meanwhile, I recruited Faye, Mac and Blake to ensure that Ms Devlin came to no harm.

As the cameras rolled, I opened a can of worms, which led to the spilling of secrets and murder. And Dana Devlin? She was about to play her greatest role, a role that would reshape her life.